You are here: Home / Pregnancy / Pregnancy Brain Fog
Pregnancy brain: the weird fog that women describe that makes them put their keys in the freezer or forget simple words. If you ask any woman who has given birth, almost unanimously they will have a story about some crazy thing they did during pregnancy that they attribute to pregnancy brain. 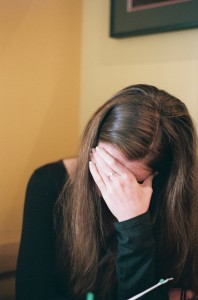 “I remember getting my oldest ready for the bath, taking all of his clothes off, then sticking him in the water with his socks still on.”  “I thought I lost my keys and was frantically sitting in my car, digging through my purse, emptying out everything when a few minutes later I realized…my car was running! The keys were in the ignition!”  “Forgot the name of my only child once while I was pregnant [with the second].” “I’m constantly putting laundry to wash. I go back to check an hour later… still dry. I forgot to push start.“

But what causes pregnancy brain? Turns out, the research on pregnancy brain has produced conflicting results on whether or not it actually exists. If there is an actual mental decline for women who are pregnant or already had babies it is possible it is due to sleep deprivation, hormonal changes, or the stress of a major life change. Another possibility is that because many women expect to experience pregnancy brain, they are more aware of those crazy mishaps so they seem to happen more frequently. The fact remains, the majority of women seem to report episodes of pregnancy brain. So, if you find yourself ruining your tea because you poured orange juice in instead of milk: take a deep breath, try to laugh it off, and remember that you are not alone.